We strive to create a welcoming community for all church visitors. 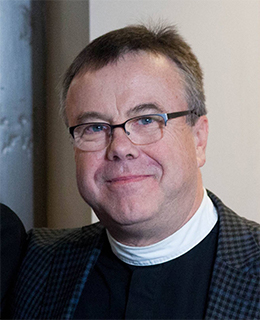 In May 1999, the Reverend Timothy Browning Safford was called to be the nineteenth Rector of Christ Church. His passion is for Christ Church to be accessible in worship, inclusive in spirit and diverse in theological and ecclesiastical outlook. "Now,” says Safford, “we must unleash, through God's grace, a spirit of renewal in Christ Church. We have so many new members finding their way in life, seeking God's presence and blessing. We will give this emergent community our most considered efforts so that we can trust the future of our church to them."

Tim constantly encourages Christ Church to see its mission as a "public church," serving and witnessing to all who come equally and openly. He says, "We have great responsibilities at Christ Church, with a duty to respond to the needs of one pilgrim seeking God, and to preserve the legacy. Christ Church will be open, without condition, to those who, for whatever reason, come within our embrace. We must reclaim our history that in our colonial origins, we were a far more diverse church, abolitionist in spirit, and welcoming of all racial and ethnic groups in Philadelphia. What are the barriers now?”

Prior to coming to Christ Church in Philadelphia, Tim served as Senior Associate for Mission, Parish Life and Administration at All Saints Episcopal Church in Pasadena, California (1988-1999), and as Curate of St. John's Parish in Bridgeport, Connecticut (1985 to 1988).

In Philadelphia, much of Tim's ministry has been dedicated to the work of outreach and social transformation, including work with the homeless, LGBT ministries, those with AIDS, refugees and with low-income housing. Tim has served on the boards of Episcopal Community Services (ECS) and Planned Parenthood of Southeastern Pennsylvania. He has served as Chair of the Diocesan Commission on Ministry, and currently serves as chaplain to honorary and patriotic groups in Philadelphia and nationally.

In 2001, Tim was accepted as a Pastor-Theologian at the Center for Theological Inquiry in Princeton. In 2000, he was awarded the Lawrence J Mikkelsen Preaching Prize for his Sermon on the Gospel and Social Justice and Human Dignity. Tim received his Master of Divinity from the Yale University Divinity School, and received sacred orders for the diaconate in 1985 and for the priesthood in 1986.

Just call him "Tim," though "Pastor Tim" is fine, if more formality is desired.

The Rev. Susan Richardson, Ph.D., received her M.Div. from Princeton Theological Seminary, her Certificate in Anglican Studies from Virginia Theological Seminary, and was ordained a priest at Christ Church in 2006, serving as as Assistant Minister through late 2010.  After stepping away to serve as an interim rector in New Jersey, she went "back to the future," returning to Christ Church in 2014.  She works with all the ministries of Christ Church, including the vibrant wedding ministry, and loves how this inside-out community is connected with the world.  Susan has a particular interest in spirituality and work, having written about meaning and workplace for the Philadelphia NPR affiliate WHYY on her blog Human at Work.  She is a member of the newly formed Mayoral Commission on Faith-Based and Interfaith Affairs under Mayor Kenney's Office of Public Engagement and the Director of Faith-Based and Interfaith Affairs, the Rev. Naomi Washington-Leapheart.  Susan’s a member of the 2016 Core Class of Leadership Philadelphia and a 2008 Episcopal Church Foundation fellow for work with children with learning differences.  Since 2012, she has also been adjunct faculty at The College of New Jersey, teaching "World Religions" and "History and Theology of Christianity."  Within the Diocese of Pennsylvania, she serves as a consultant to clergy in times of transition, seeing it as an opportunity for insight, growth, and openness to God's work.  Susan is a mom whose default line is still "Did you wash your hands?” (he's grown now); she practices yoga and is grateful for John Oliver, Trevor Noah, and Nancy Drew. (Thanks, as always, to JJ Tiziou for the pic....) 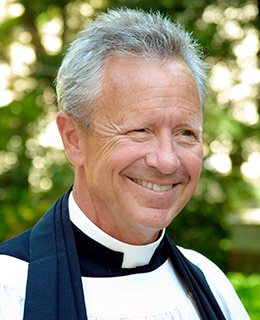 The Rev. Palmer Hartl has served as a priest associate at Christ Church since 1999. Volunteering his time, Palmer brings a rich experience from a career in management, psychotherapy, and organizational consulting. Reach Palmer by calling the parish office at 215-922-1695 ext. 21